Showing posts from February, 2020
Show All

February 29, 2020
Dancing Alan’s in the room with Degas’s ballerinas when the earthquake hits, not a huge one, just a jolt that makes him stumble into the woman next to him. She’s sporting a side braid and smells a little of some kind of floral perfume. She must be a native Californian too because she laughs and puts her hand on his shoulder to steady him. He imagines saying, “You know when our kids ask us how we met, we’re going to say the earth made us dance with Degas’s ballerinas.” She’ll laugh at the clumsiness of his delivery, and he’ll buy her a coffee in the museum’s restaurant, and they’ll talk about art, all that he knows, which isn’t much, but she’ll pretend to be impressed. She’ll ask him what he does, and he’ll say that he’s in school studying art history, and she’ll tell him she’s an engineering major, and secretly he’ll think that’s kind of dull, but then on their next date she’ll open him up to how beautiful it can be to design a road that people use every day. On their fif
Post a comment
Read more

Once, upon a hill 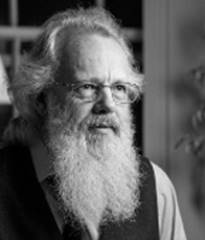 Once upon a time.... Do people say that anymore in the UK? Times change, and manners with them. They certainly changed for Larry, the Snakey Hill Man. Once, upon a hill, in a town not far from here, Larry Munnery was buried face down in a ditch originally designed for a gas pipe. This rather annoyed the people who made it, having spent all day in the rain hoicking out lumps of clay and stones, only to find when they huffed back up the hill the following morning in their donkey jackets and steel-caped daisy roots it had all been filled in again, mainly with Larry, leaving a few lumps over. In those days it was all black and white tv and not so many clever little machines. You didn’t just sit and watch while someone in a warm, dry cab pulled little levers and took it all out with a mini-digger. It was more muscle and spade work. So it took a while to get him out. By then he was pretty flattened, and not easy to recognise. It looked as if he had fallen fairly heavily, fac
2 comments
Read more

Flash Fiction for pupils and teachers 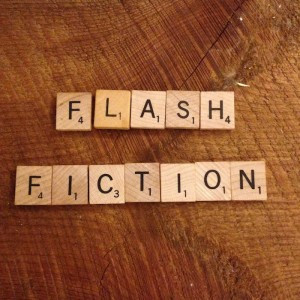 For pupils: 1) It is a good thing to be writing for an audience.  #worthingflash has had over 11000 visitors at the time of writing. It can display work for friends and family to see. 2) It is an introduction to editing their writing to reduce the amount of waffle (for want of a better word) and get straight to the point. 3) Pupils might want to use the Hemingway App (available online for free) to reduce the redundancy in their writing. 4) It is fun and there is no limitation except the length (which is between 85 and 1000) and your imagination. For teachers: (I realise teachers have no time, I used to be one.) You don't lose your imagination when you become a teacher, quite the opposite. Pupils will always surprise you with new ideas. (I know they will surprise you in less pleasant ways too.) You are not likely to have time to write a three volume novel but you do have plenty of stories to tell. So send your masterpiece to worthingflash@gmail.com and the best wil
Post a comment
Read more

News for the Hive 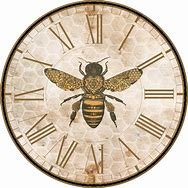 In Celtic mythology, Honeybees were perceived as messengers between this world and the spirit realm and were associated with wisdom gathered from the other side. For centuries, beekeepers across Europe have kept up this ancient tradition of honeybees being emissaries through "telling the bees". This is where the beekeeper told their bees of any family events. Marriages, new births and especially deaths were marked by decorating the hive and voicing what had happened. Strangely, the swarm arrived in late summer. Jocelyn saw it forming from the lounge, a huge mass of specks swirling and writhing, suspended fifteen feet from the ground. Gently she opened the door to where Richard was sleeping. Today his greying hair seemed almost white, haloed against the pillow, translucent in the sun from the open window. She would let him sleep on; she could tell him about the bees later that afternoon. She went into the kitchen and made herself a mug of tea. After the st
1 comment
Read more 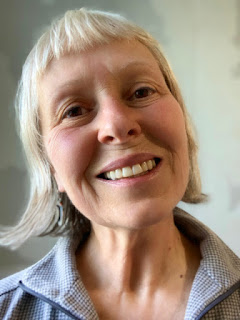 I remember seeing my first full moon. I wasn’t much older than five. Home before dark was a general rule and I was headed in that general direction. The air was warm and the sky although darkening was still full of color. I was walking through a grassy yard when I spotted a giant moon floating just above a neighbor’s dog house. A red painted classic house shape taller than the fence with three steps up to the dog hole. I don’t remember a dog. I climbed up onto the house and straddled the peak to watch the moon slide up into the sky. I could make out the man in the moon that neighborhood kids had mentioned but I was more akin to the witch carrying fire wood told in a story by my grandmother. She would joke that we came from a long line of witches. “Or was it bitches?” she’d say. Smiling, winking, laughing. “Hur hur hur hur hur,” she sounded. Apparently, it was one of my first words spoken as a baby. The only other time I heard the word bitch was when my mother was fed up with me. I
Post a comment
Read more

February 01, 2020
Ed’ s plan was to ride an electric bicycle across Death Valley. He wanted his wife to drop him off on one side and pick him up on the other. In between he ’ d ride, set up camp, and write. He ’ d suffered a heart attack several years ago, looked into beyond, and it didn’t scare him any more. H aving been to the other side of that dark mountain. , what better place than Death Valley to get the time and space and solitude to write about his new found convictions? Imagine being so self contained that you could stop and write whenever the muse struck. Being out there alone with the vast distance, the sun and stars. Free from the constant interruptions, the pushes and pulls of living in town. Even better, technology had vastly improved. Electric bicycles were now the rage. Fat tires for rock and sand, extra strong frame to carry adequate supplies, power assist to help with the effort. Forty miles between recharges. The army had developed a solar panel blanket i
Post a comment
Read more
More posts