Showing posts from July, 2018
Show All

The best of pies, the worst of pies

July 30, 2018
It was the best of pies. It was the worst of pies. I have to admit the pastry could not be faulted. I actually enjoyed it. Then as soon as I bit into the pie I found that it was all gristle and bits of animal I prefer not to speculate about. The Commanding Officer stood over me and made sure I ate every scrap of it too. All of the troops who were going out to the forward base ate these pies. It was as if it were some kind of toughening-up exercise. I was there to report on the victory over the hill tribes who had been revolting. The Dictator (he had no other name or title) was going to defeat them in the next four days. If there were no victory there would be no report. The CO cheerily told me not to worry because in that case, I would probably be dead. He actually slapped me on the back quite hard and the officers who were sitting at the table with me found it quite amusing. Orders were shouted and echoed around the underground bunker where we had been eating. As we lef
Post a comment
Read more

July 29, 2018
Prey Cathy Cade She runs for her life. Sanctuary is in sight, and she has a clear run along the woodland path. So does he. He appeared from nowhere, but she had known he was in the area. She must be losing her edge, becoming careless. He is young, keen; his legs are longer. He is catching up. She veers into  undergrowth . Leaves scrunch as he changes direction too, but here, she has an advantage. Small and still nimble, she can slip under low branches. He crashes through or leaps over and is catching up. She changes direction again. When he pauses to listen, she can hear her own rustlings, but the turn has won her a few seconds. With his thundering progress again covering the sound of hers, he will need to watch for moving foliage. Two turns later she hasn’t lost him, and he is alert now for her diversions. Her heartbeat  patters  against her throat. She is no longer young, but panic keeps her running. Think! She zig-zags wildly before dropping behind a patch
Post a comment
Read more 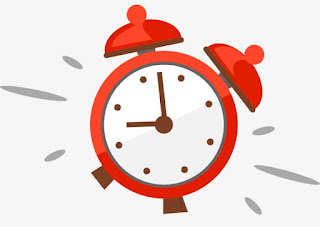 Laughing Larry earned his nickname by being the most miserable soul in Shoreditch. He was not a philanthropist. He was not an animal lover. So when I saw him lobbing a beefsteak over a ten-foot wall I was interested. If I could tip off the rozzers about one of Larry’s capers I could reckon on at least a fiver. It may not sound much but a fiver was a good week’s wage back in those days. The wall belonged to The Export Company and I knew they had some reasonably valuable stock on the premises and a dog which barked at its own shadow and would reputedly tear out the throat of any after-hours visitor. There was a housing block nearby and the security was non-existent. From the third floor balcony, I was treated to the sight of the break-in. Larry’s cousin, Harry, had a legitimate fishmonger’s business. Larry had obviously borrowed his lorry for the night. A pair of bolt-cutters disposed of the padlock and Larry and Harry’s lorry was inside the yard. Larry had three known associates
Post a comment
Read more 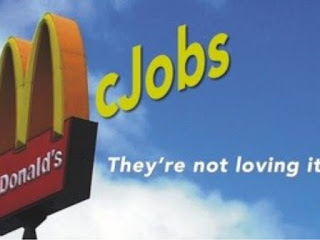 “Right, boy. You are on double shift.” “It’s dangerous.” “I’ll decide what’s dangerous, boy. You lazy slobs need to learn about hard work.” The thirty-year-old ‘boy’ had insolence in his eyes, and the company would not have that. The boss sneered, “Gonna call the union, boy? Gonna strike?” That usually called their bluff. “I already did. You can stuff your McJob!” He shrugged off the uniform and threw it at the boss. Soon the boss was in a heap of uniforms. The staff left to join the growing picket line. “You will respect my authority!” he shouted to the empty kitchen. —  Derek McMillan First published https://101words.org/tables-turned/
Post a comment
Read more

July 16, 2018
Claire stared at the letter she’d received earlier, recognising the handwriting on the envelope. Unsealing it, she began to read, oblivious to the scenery passing by. Ciao Claire, my honey My English is getting batter but please excuse the errors, most of the English words I’ve learned are related to food. First the good news. I’ve found a job here in London as head chef so no more of making ends meat. Now that I’m making lots of dough it means we can be marinated next year in your local church, like we agreed. I want you to make the arrangements and I will look for a nice house here. I’m looking forward to starting a family, two or three little buns in the oven. My co-workers come from all woks of life. One is a real fruit cake and such a nervous wierdough; I really don’t think he has any inner peas. Another looks like a cereal killer. He has shifty eyes, some missing teeth and a very shellfish attitude. The sous chef is a real nut case too, but he is very well bread and do
Post a comment
Location: United Kingdom
Read more

The man said his mother was dead but the family would be comforted by a horoscope for her. The horoscope showed she had a sunny personality and she would have had a lot of good friends. We decided to put it into the Herald . The trouble was Mrs Patel had a poor heart but she wasn’t dead. She is now. She died with the horoscope in her hand. Nobody attended the funeral. Mrs Patel had no son. Derek McMillan
Post a comment
Read more 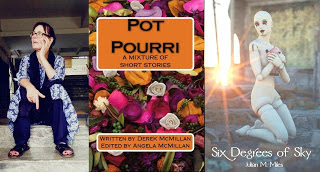 This blog became "live" on 4th July after the #worthingflash event in Chichester. The event was great fun but we noted all of the audience came from outside Chichester so next time we may try a venue nearer to home.  This blog will run for a year and a day. It will continue if there are enough people sending in flash fiction (stories under 1000 words) or short stories to worthingflash@gmail.com .  It will cease if there are not. Stories of much less than 1000 words are accepted too. Have a look at the stories already on the site and you will see. I have contacted Worthing Writers and Worthing Wordsmiths and I look forward to their response. Our speakers were Derek McMillan Julian M Miles Caroline Osella
Post a comment
Read more 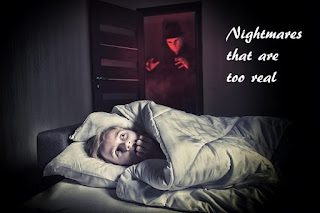 Ray Bradbury's advice to writers: make a list of ten things you love and ten things you hate. Then you can write lovingly about the first ten and then destroy the second ten in stories. The latter is much more satisfying than it ought to be :) This is my list, other opinions are available.- Derek McMillan 10 loves Wife and family Reading books Murder mysteries in books and on TV Soaps Pets Red wine Worthing The Church Teachers Salzburg 10 hates Politicians Bullying managers OFSTED People who come to the door with a machete! Swindlers Darkness Getting lost Nightmares that are too real Being in hospital Loss
Post a comment
Read more 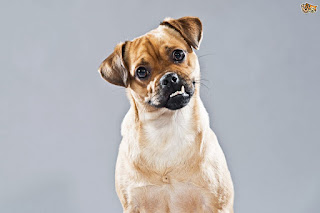 I once had a little dog who was called Crackers. He was a lovely dog but a stray so unpredictable. He loved  my mother, who was the one who picked him up from the doorstep, but didn’t like men much, he may have had an  unhelpful owner in a previous life. Crackers was wonderful fun and lived with us for almost 10 years. He  loved to go in the car for runs but not in rain. Some people prefer to send their stories in anonymously as is their right.
Post a comment
Read more

The story of the fairy that didn’t have wings 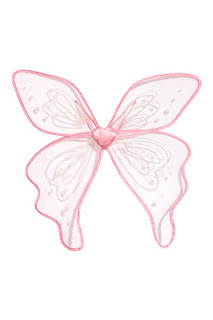 One day the little fairy was sitting feeling very sad. The trouble was that she didn’t have any wings. She was talking  to her friend the elf and told him why she was feeling sad.  He told her not to get upset as he  would make some. So he set to work at home.    The next day he brought them to her and she was delighted  with them. by Twinkletoes
Post a comment
Read more 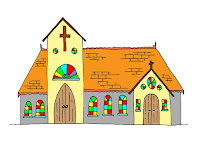 It started when the vicar got laryngitis. He used a recorded sermon instead. Then he noticed the singing of the congregation wasn't up to scratch so he tried taped choral music. The BBC produced a better "amen" than his flock. He taped the responses. Now there is always a service at our church, providing the verger has switched on the recording. We all have important things to do on a Sunday morning after all. DM
Post a comment
Read more