Showing posts from August, 2019
Show All

The Last Queen of France 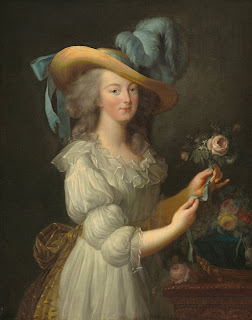 By  J. L. Dean Élisabeth Vigée Le Brun, Marie Antoinette’s favourite portraitist, speaks of their last portrait. Roses were her flower. She was right to insist on them for the portrait. They matched her in complexion, in grace and in the appearance of simplicity. It is how I like to remember her. Already her popularity was fading. The Queen of France; forever a foreign princess. She understood and, child that she was, responded by playing straight into their hands. She looks out from the canvas, her expression sardonic, holding her flower, a ribbon between flesh and thorn. Yet it is what I see in her eyes that stills. Did she know ? Was it really such a short step from the libelles to the mob and their sharp-tongued Madame ? What little attention we paid at the time. Yet ten little years was all it took for a mistreated people to rise in support of new manipulators. Should I have taken more care? The dress I had her wear; it was not her shift, as the scandal-m
Post a comment
Read more 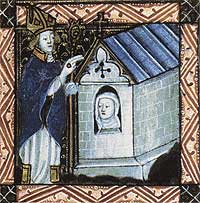 By  J. L. Dean The Office of the Dead continued, its ringing tone slipping between the cold stones of the church to settle with those buried below. Agnetha remained inert, becoming to a corpse, even a breathing one, as it passed from the life it had known. Hands grasping in the dark; too many hungry eyes on her, and her fortune. She kept her eyes on the bishop, her uncle, whose oft-professed love for her had taken on a different hue when she had asked her favour. The taste of him lingered in her mouth. Yet the favour had been granted. She had taken her vow; she would remain here, in this cell attached to the church. As anchoress, a living saint, she would be left to decay in piety without the corruption the world demanded. Above the chanting, she heard birdsong. Her heart broke even as it lifted. The natural world thrummed around her in all its sustaining beauty. She mourned, but saw no alternative. Her parents were dead and there were too many wolves in the forest
1 comment
Read more

August 17, 2019
By Daniel Holland Slapping wet dirt from her reddened fingers, she stood again, propping a shaky palm on her lower back as the riptide of aches and pains skittered across it. “Why am I doing this?” she asked aloud to no one and pressed her sun-faded bandana to her forehead, catching a runaway dribble of sweat. Her young neighbour passed with a bouncy poodle, the white curls about its collar swirling a little in the new breeze. “Looks like a whole new world,” the girl mused, beaming up at Jamie from the sidewalk below. Resetting her feet on the slope, Jamie contemplated her work—this hillside that she’d been standing and sitting and kneeling and digging on for two days now. Once a mound of dried, brownish ivy that acted more like a wired fence than a welcome mat for her Santa Monica apartment complex, now it was… what exactly? A sea of jade, cactus and aloe of every size and shape--that’s what it was. Some plants had long intricate names that she couldn’t even pronounce, and mos
Post a comment
Read more

The Prime Minister addresses the nation

August 10, 2019
By Francis Beckett This is the full text of the radio address to the nation given today, 30 December, 1940, by the Prime Minister, Edward Frederick Lindley Wood, First Earl of Halifax . Good evening. I am addressing you today from a secret location. I do not need to tell the brave men and women of London why this should be the case. They know, all too well, why the location of their Prime Minister cannot be revealed. For yesterday, in one terrible night, more destruction was wreaked upon London than our capital has ever known since the Great Fire, three hundred years ago. The bombs of the Luftwaffe were concentrated in the square mile of the City of London. Most of Sir Christopher Wren’s fine churches were destroyed, though swift and courageous action by air raid wardens saved St Pauls itself. Since the start of the Blitz in September, 13,000 civilians have lost their lives. And now I will tell you something that has been kept secret until now. Before t
Post a comment
Read more 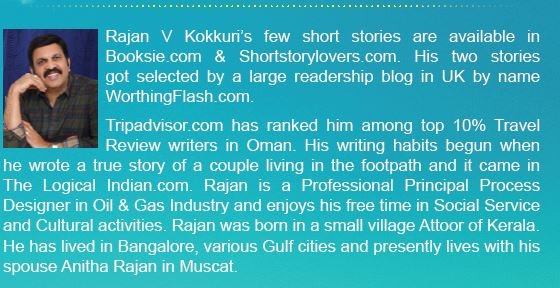 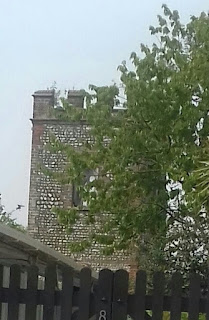 “ You're sure you'll be all right, just for the one night?” Timothy's mother asked.” I must see to Grandpa.” “ Yes, Mum. Don't worry.” Timothy was actually looking forward to sleeping at Chrissie's. She lived in the street with a garden that backed onto the Tower. The Tower was exciting Timothy. His mother had been so protective that he rarely played with other boys and got most of his amusement from books. The tall flint tower looked just like something out of a storybook. He didn't tell Chrissie but he hoped he would be able to sneak out of her house and explore it. He'd packed a small telescope and a torch. It was dark when he changed out of his pyjamas and began his adventure. Next to the fence was a shrubby lilac bush, easy to climb, and once he was up he could see over the wall. He balanced precariously on the top and then launched himself into a nearby tree, dropping into the wilderness that was the garden. The nearer
Post a comment
Read more
More posts