Showing posts from February, 2019
Show All

February 23, 2019
by Margaret I Holmes We moved into this house just a few weeks ago. It is miles from where we used to live. I miss my friends and family but, “houses are so much cheaper here,” said Ben. It was what they call a ‘dooer uppa’. We were renovating it a room at a time. Now it was the turn of our bedroom. Stripping off layers of wallpaper had revealed a door to a large cupboard filled with junk. Leaving me to empty the cupboard Ben went off to buy more paint. He had refused to change his dirty T-shirt saying laughing, “it will be even worse before long.” At the back of the cupboard, I came across an old, ornate mirror. I carried it carefully over to the window. Fetching glass spray and cloths I commenced cleaning the dirt and cobwebs from it. Looking into it I saw an upraised arm. A disembodied arm. Definitely a man’s arm. A hand at the top of the arm was revealed slowly as I cleaned. It was wielding a knife. A knife poised ready to strike. I rubbed harder but the arm was s
3 comments
Read more

A Knock on the Door 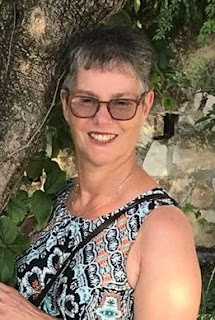 In a big old-fashioned house, on top of a green hill in Cumbria lived a rather strange-looking young woman. “ Strange” may be a bit strong, maybe unusual would suit her better. Her hair was long, blond, often unstyled, her fashion sense non-existent. She favoured flowing Indian skirts more 1978 style than 2018. Sandals adorned her bare feet whatever the weather prompting the question of whether she had a stash of similar sandals as they only varied in colour. Her tops were also very 70s and she wore oversized jumpers on cold days. Definitely not the usual appearance of a Cumbrian resident! Villagers at the bottom of the hill were intrigued by her but very few of them actually knew anything about her. Some said her name was “Emma” and others swore that they heard her call herself “Lura”. One thing they all knew is that she lived alone in the house which used to belong to a distant cousin of the Royal Family, on the Prince of Wales’ side. The cousin had died but some villagers
Post a comment
Read more 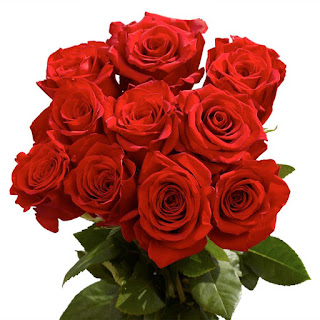 The challenge was to write a story in under 150 words. It had to begin "The St Valentine's Mas...." and the rest of the word was up to the writer. And the romance was an optional extra! "May Almighty God bless you, the Father, Son and Holy Ghost." I half-heard the words but my attention was focussed on him, I'm afraid. He was young, he was fit. He was never going to notice me. The mass went on, the readings, the prayers, the blessings. If you ask me I cannot remember any of them. He was in the row in front of me and I couldn't get him out of my mind. And then we came to the Pax Tibi. He turned around. He took my hand. He was one of those people who smile with their eyes and his smile was almost an invitation. I felt something in my hand. It was a scrap of a hymn book with his phone number on it. I felt I had been blessed. Derek McMillan is a writer in Durrington. His wife, Angela, is his editor. He has a number of works which
Post a comment
Read more

February 09, 2019
Somewhere, a woman is writing a poem. She’s calling the poem ‘Somewhere’ because she doesn’t know where she is. The food pushed through the hatch in her door is unfamiliar: hard flat breads with a taste of unknown spice, thin stews with lumps of what might be lamb, might be goat or… she prefers not to think what the lumps might be. She dreams of Friday night feasts at home: a take-away Chinese, a pizza. Her room – cell? – is sweltering in the daytime and freezing cold at night. She has no blanket, only a thin mattress and the clothes she was wearing when she came here. She is given water to drink, a grudging cupful twice a day, neve enough to wash with. Her hair is matted and she knows she stinks. What does she remember? Hammering sun on a brutal street, a car crashing to a halt, dirty hands snatching her phone, her notebook. Snarled words in a corruption of English she can barely understand. Her photos are gone, her precious selfie with Jake and the dogs, her contacts wit
Post a comment
Read more

February 02, 2019
There was a noise. It was not the rattling gurgle of the hot water bottle as the woman rolled in the bed, pulling it with her. That was a known noise, a safe noise. The house held its breath. The radiator plinked the last of the day’s warmth, and the wardrobe creaked companionably, sharing a memory. The books had been reading. Now they paused in their discussion of Kafka’s Metamorphosis. The rustle of debate was hushed. The bathroom light, which had been flirting with the mirror and the taps, quietly switched itself off. The pull-cord swung for a moment and was still. In the kitchen, the eggs had been dreaming primal dreams of sunshine and worms. Disturbed, they shifted slightly in their basket. The basket was shaped like a chicken, but the irony was lost on the eggs. The milk, forgotten on the counter top after the evening’s last cup of tea, yearned towards the refrigerator and cool slumber. The fridge smiled fatly back, containing yoghourt, cheese, mayonnaise, non-da
1 comment
Read more
More posts